Our Big Man introduces himself

Eleizegi The Giant around the world, the Big Man from Altzo in the Basque Country, and Our Big Man in Altzo. There's a mark on the church wall of where I used to sit. They took me around the world. Not for me to see the world, for the world to see what I was like: a big eater, a great drinker, a smoker… When they showed me in theatres people were astonished and terrified. One small queen told me I was a fine-looking lad. They mentioned me in the papers. But, all of a sudden, the world grew tired of me. That was when my high life came to an end.

Notes for our big man´s chronology

The big drum in London

They said I ate for three people, and drunk for four. They must have been right. By the time I started to grow, there were eight of us in the family, and we had no money. My brothers Juan Jose and Jose Antonio emigrated. That was when they showed me the contract, and I signed it. A man from Altzo will see the world!

The shows I gave! It was clearly written that I would not cross the sea, but it seemed they needed me in London. How the ship swayed! Bad cabins on the sea. People around me said there was a lot of money in London.

My hands in Paris

Me so big, them so small. They were certainly well-known in Paris. Prince and princess Colibri were said to be brother and sister. The girl danced on my hand. Then I played the ogre and, frightened, she hid in my boot. And it was a real commotion. I lit a cigar and offered it to the prince. More commotion.

I was a success wherever I went, Iztueta wrote. Apparently the greatest success was my hands, which were very fine. Finer than Franz Liszt's hands. He was supposed to be a musician, a pianist. They took me to the famous Susse ironworks. They put my hands in plaster and told me to wait. Then they carefully cut the plaster and used the mould to make bronze copies of my hands.

I felt awful when I saw my hands in the shop window at Susse. It was as if they had cut them off me. A piece of paper said they were Eleizegi the Giant's hands. I no longer felt like the owner of my body. I wanted to buy them, but they told me that wasn't the deal. I felt unwell for quite a while.

Me and my bones

Migel Joakin, the vicar said to me, to the cross, like Christ! I held my arms out in front of our Salbatore church, and they drew marks. Then they used a stick to measure between the two marks. The marks are still there in the stone. You'll wonder if the line isn't rather low. Bear in mind the earth was lower down in my days. And the poet Imaz, from Legarre, always used to tell me I needed legs that reached down to the earth.

The London Doctors' Association had a museum. So we went there to see the famous James Toller. Naked, he was quite a sight, his long, large bones lying there. And my question was: "Are they going to sell my bones?" Please don't say things like that. So nobody could steal them, it seems they buried them in Eynesbury church. But then they brought poor Toller to the museum. They buried me in the cemetery up the stairs next to the church. I'm not there now. I lost my great days, I lost my essence and lost my hands and all my things. They stole me, and I don't know where I am.

Manuel Antonio Imaz planted a beech tree when I was eighteen. "You're tall", he said to me, "but this is going to be tall and wide!" Imaz's beech tree is still tall, wide and strong. Me, on the other hand… I met many small people who had more to them than me… I covered half the piano keys with my two hands, but how could I play music?

And I said no

In Paris, at the Café de Mulhouse, I lit the gas lamps hanging from the ceiling with a cigarette. People came to see me. Once I saw Le Géant Eleicegui on a piece of paper. And a lot of words under it, a lot of text. I asked a journalist friend to explain it. What he told me made me think.

“As with everyone like him, they keep Eleizegi under a crystal canopy, as if he were a piece of cheese. A sad way of life. He would be better off as a drummer in a regiment. That's a real piece of advice. That's what's on that piece of paper, Joakin… They're exploiting you. Do you know what 'exploit' means?”

They took us from Montesquieu Hall to the Jardin d'Hiver. There, too, Tom Pouce and I were under the glass bell. We were going to have lunch together. People looking at us, making bets about how much I was going to eat. They had some scales and they weighed our food. I had to keep on eating, always hungry, and people had to end up thinking that I was going to eat Tom Pouce… That's when I said no, I was tired of it all.

When I had the noose around my neck, looking at that evil little man, I remembered when I had been a normal child. Pulling the bell in this hermitage: a chime for each year on your birthday. They brought us here when we were babies for Saint Barbara to stop us from having speech problems. But the world didn't need me to speak: I had to shout, to make people afraid… I wasn't myself. They kept me like a piece of cheese under a bell, something to be ashamed of.

Me, me
it's me,
le Géant Eleizegi!

Thee, thee,
it's thee,
give us less of that glee.
Grand Géant Eleizegi!

Me, me
c’est fini
c’est fini la comédie
nothing left for me! 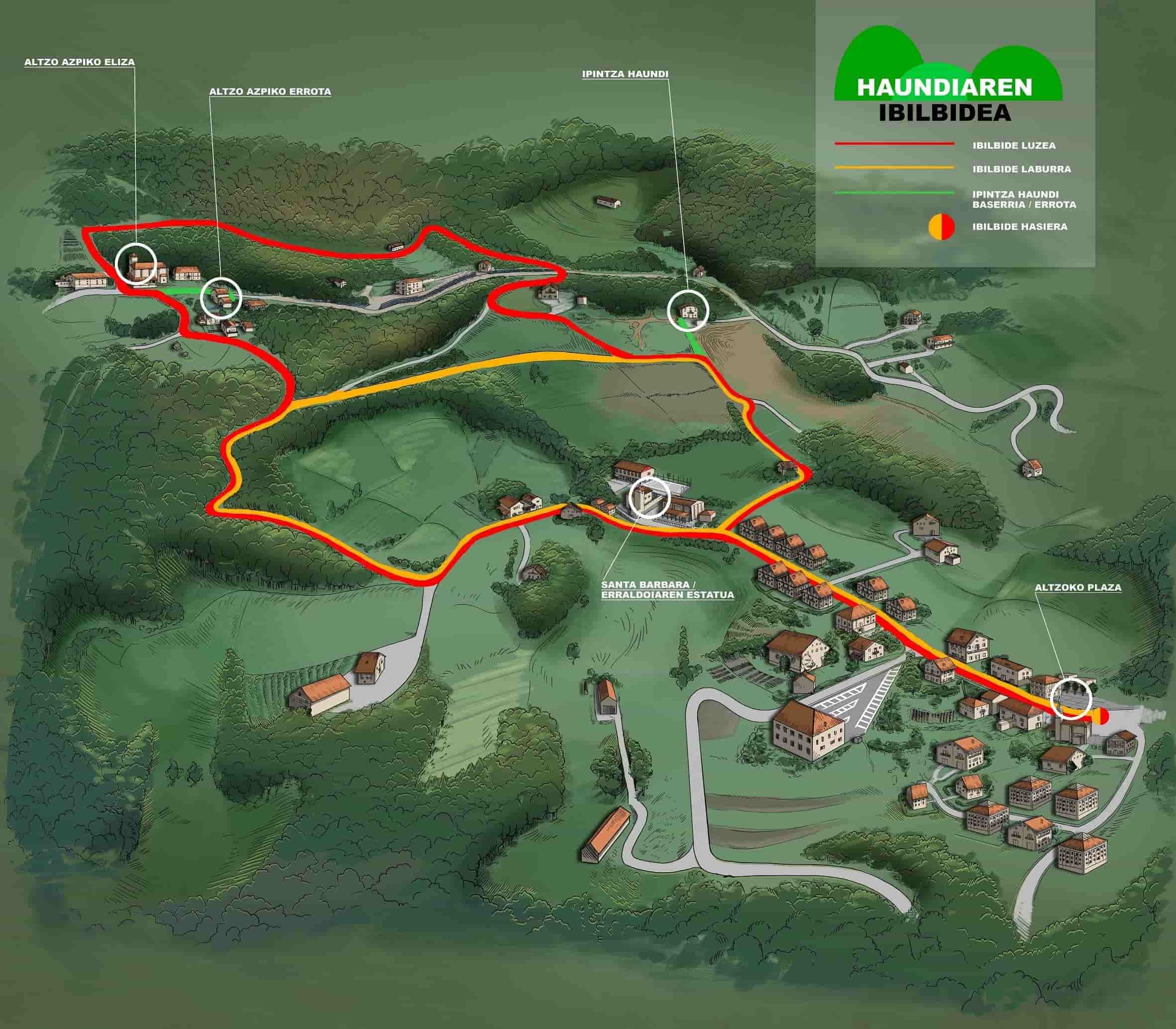